50th Inauguration of the Academic Year on the University of Silesia

The event will be broadcasted by the Internet Television of the University of Silesia at: www.telewizja.us.edu.pl/strona/on-line.

As a highlight of the event, the "Pro Scientia et Arte" award will be granted to the employees of the University of Silesia for outstanding scientific and artistic achievements.

This important and honorable distinction can be awarded each year to two laureates: a scientist who represents the humanities and the arts - the prize will be granted to prof. zw. dr hab. Krystyna Heska-Kwaśniewicz, and a researcher representing mathematical-natural and technical sciences - the prize will be given to prof. zw. dr. hab. Paweł Miguła. 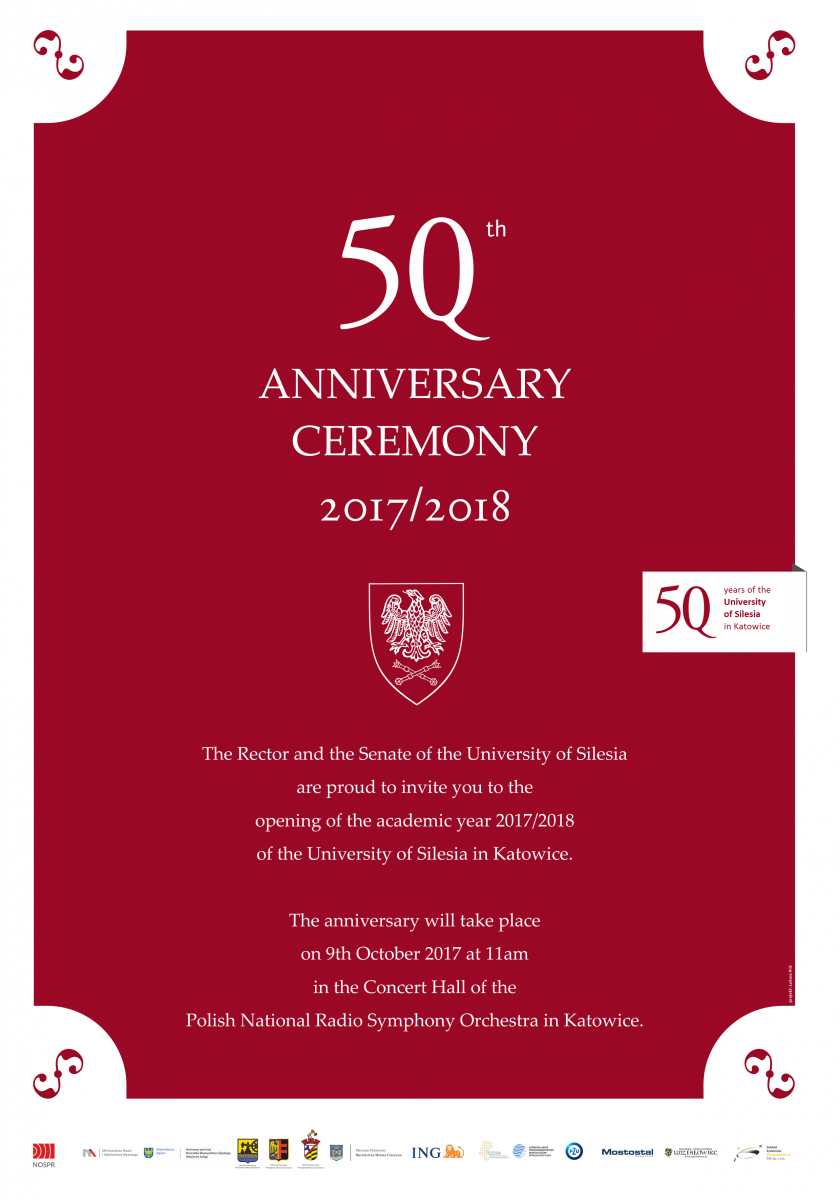